Skip to content
You have not yet selected a nib unit.
Your pen will be shipped with an empty section.
Are you sure you wish to proceed?
Click NO to return and choose a nib unit.
YES NO
Home » News » And the winner is …

This past month has been a very exciting one, with the shortlist for the Conid Creative Contest open for the public to vote.

Again, we want to express our sincere thanks to all of the contestants to participate in this competition. We are incredibly grateful for your enthusiasm, the marvellous pictures and the incredible amount of work and effort that has been put in every single photo we received.

After the submission period, it was our job to select a shortlist out of almost 200 pictures that were sent in. We designated six of our Conid team members as the jury. Each one of them has a different function in our Conid team and was therefore made responsible to judge different elements of every picture. In that way, we tried to select our shortlist with a well-considered mix of perspectives.

Eventually, we put 30 pictures up for the public to vote. Since honesty is one of Conid’s cornerstone values, we made sure that our online voting system was reliable and resistant to dishonest practices. One month and a numerous amount of votes later, it is now finally time to announce the winner of the Conid Creative Contest.

And the winner is … Liyin Yeo

We are very proud to announce that Liyin Yeo is the winner of our Conid Creative Contest. She eventually received the most votes from the public.

Curious as we are, we’ve been wandering around Liyin Yeo’s personal blog to find out more about our winner. She is a Malaysia-based graphic designer and illustrator. Apart from being a creative , she loves to escape into nature and traveling around the world. Her blog, as well as her Instagram page are full of incredible fountain-pen drawn pictures we can only admire with awe.

A wonderful story behind the winning photo

For the selection of the pictures, we only looked at the quality and the atmosphere of the picture itself. However, we did ask our competitors to add the story behind their pictures if they wanted to. Liyin Yeo added the following interesting description to her picture:

“This piece of artwork is entitled “Eleven Eleven” which I have drawn back in October 2017 with my Bulkfiller Regular with a fine 18Kt gold rhodinated nib.” Liyin is incredibly creative with the mechanism of her Bulkfiller as well: “I used the reverse of the nib to draw fine details of this design”, she says. She concludes with: “Conid pens are not just engineered for people who love writing but also those who love drawing too.”: a statement we can only strongly agree on.

Engineered for people who love drawing

If we think about fountain pens, we often automatically think about writing rather than drawing. Nevertheless, it is absolutely mind-blowing to see what people can create with a fountain pen and a blank piece of paper. Drawing with a fountain pen requires quite some skill but offers a lot of freedom at the same time. A fountain pen actually behaves like a very fine brush onto paper, since you can freely control the ink flow, the line width and the ink colour you decide to draw with. From very crisp and uniform lines to a watercolour effect: everything that comes to your creative mind is possible using a fountain pen. Liyin even used the reverse of her nib to draw the fine details onto her artwork, so don’t be hesitant to think out of the box!

As announced previously, the winner of the contest receives a giftcard worth 1000 euros to spend on a new Bulkfiller. Her picture, together with the pictures of other contestants, can be admired in our Conid Lookbook 2020 as well.

Again, we think all of our contestants and nominees deserve our eternal appreciation. For people wondering what our shortlist looked like, you can still take a look at our shortlist page to admire all of these incredible pictures. Voting is ofcourse not possible anymore. 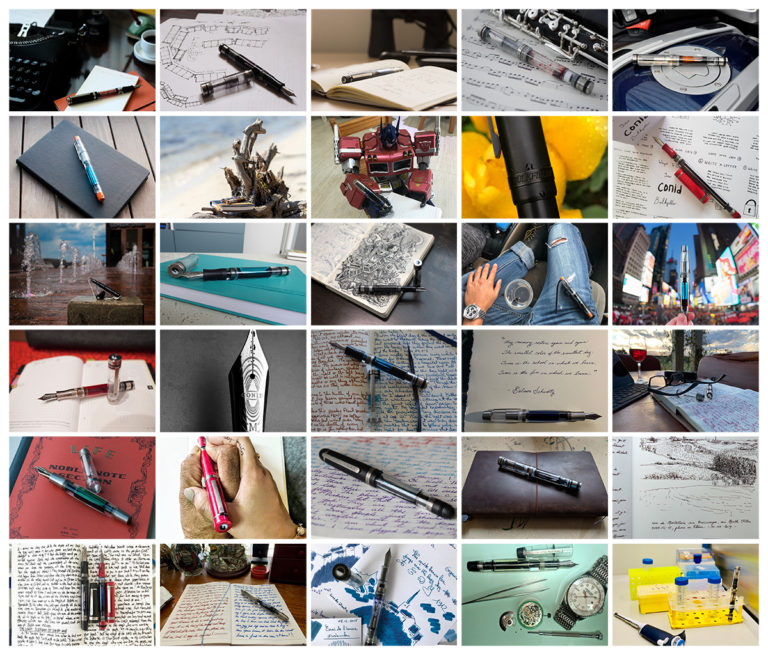 Eight reasons why you should write with a Conid Bulkfiller

We would like to inform you that our products can not be ordered at the moment. Read why. Dismiss